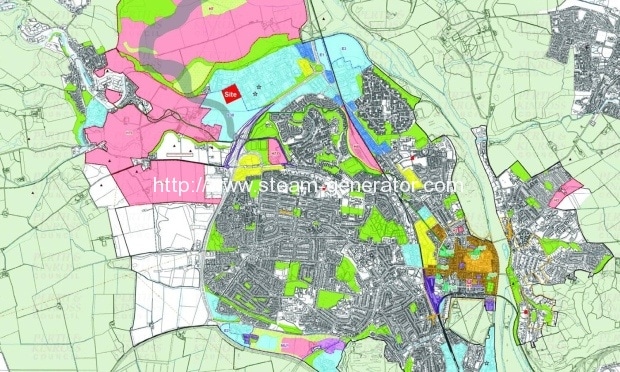 A massive new biomass plant could be built in Perth if plans are approved by the council.

Four chimney stacks would rise 40 metres from the city’s Inveralmond Industrial Estate should the scheme progress.

The plant would burn up to 200,000 tonnes of timber each year, with thousands of lorries supplying it with waste every year.

The proposal comes little more than a year after a similar plan by Grundon for the city’s Shore Road was finally defeated following four years of campaigning.

Concerned residents and politicians have hit out over the “relatively untested” technology involved in biomass.

It has been claimed burning virgin wood could see sulphur dioxide and mercury spewed into the air above Perth, as well as oxides of nitrogen and sulphur dioxide.

Almondbank Power Ltd, which is associated with O-Gen UK Ltd of Stoke, believes the plant would produce clean and safe electricity for the national grid and the renewable heat could be made available to surrounding developments and businesses.

MP Pete Wishart said: “Given that the technology being proposed appears to be relatively untested and that concerns have been expressed about emissions from generators of this nature, I hope the responsible authorities will ensure that every care is taken to ensure public health and environmental concerns are fully addressed.”

The planned site is 230 metres from the river Almond and only 1.7km from the river Tay and would be built on a two hectare area of open ground to the west of the estate.

It is part of a swathe of land allocated for general employment use in the Perth and Kinross local development plan.

A full planning application has yet to be submitted but a scoping application has already been passed to Perth and Kinross Council. In turn, the council has identified a series of measures that must be taken before the applicant can progress to the next planning stage.

Traffic and transport assessments will be necessary as it is understood there could be up to 30 lorries each day travelling on the A9 to the Perth plant to deliver the timber required to keep it operating.

Almondbank Power Ltd has only just begun to make its plans known to the community but opposition is already mobilising.

Resident Margaretha Linacre, who has been a key figure in the battle to save Perth City Hall, said she had been “horrified” by the proposals.

She said Perth and Kinross Council must do “everything in its power” to stop the 20MW facility being built.

Mrs Linacre said she believed the majority of Perth residents would share that view.

She said: “I am horrified. I can scarcely believe that after the huge fight to stop the council from allowing an incinerator to ruin Perth, they could remotely contemplate a polluting biomass boiler.

“I intend to circulate these reports to all councillors as they must be told what it is all about, and quickly, to avoid a repeat of the Shore Road fiasco.

“We don’t want this biomass plant in Perth and need people to know about it.”

Perth and Kinross Council said it had received an “application notice” for the proposed facility and that it had been “noted” by elected members.